Research reveals: Lithuanian (re)migrants are changing the conservative attitudes of the society 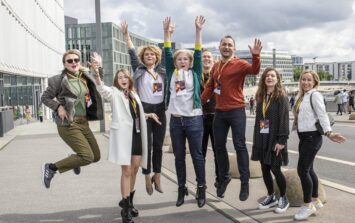 People who emigrated after the 1990s and have a higher education bring the democratic and civic values ​​of the Western world upon their return to Lithuania. High culture of professional communication, intolerance to corruption, sensitivity to social exclusion, tolerance of sexual minorities, and a more favorable attitude towards refugees – these are the changes in attitudes that (re)migrants bring to their social circles.

Such findings are reflected in a qualitative study conducted by researchers at Vytautas Magnus University (VMU) and the Institute of Social Innovation, together with colleagues from Croatia, Poland, and the United Kingdom. The main topic of the research is the so-called “social remittances”: knowledge, experience, social skills, norms, values, social capital, and other social and cultural resources that have an impact on the growth of the well-being of societies in (re) migrants’ countries of origin.

According to the head of the VMU Center for Social Anthropology, who led the research, dr. Vytis Čiubrinskas, the social remittances of Lithuanians living abroad are very active.

“Lithuanians living abroad or returning from it have a great desire to act for the benefit of Lithuania. This does not necessarily translate into large-scale or obvious actions, such as setting up businesses or organizations. In their environment they spread the ideas they have brought from experience abroad: self-confidence, democratic values, tolerance, sensitivity to exclusion and human rights, anti-corruption attitude.” – said dr. V. Čiubrinskas.

Head of the Institute of Social Innovation dr. Ingrida Gečienė-Janulionė says that (re)migrants also have an impact by sharing their experience and views on another new topic for the population of our country – the refugee situation.

“(Re) migrants often live in countries with deep democratic traditions, which already have a well-established attitude and policies concerning refugees. Their approach is usually more positive and open, and that is normal – in our sufficiently homogeneous society we have not had a large flow of people of other nationalities so far and we simply do not know many things. They help, if not by changing attitudes, then at least by helping people see how they can differ,” – said Dr. I. Gečienė-Janulionė.

The study also revealed that (re) migrants not only give but also receive: by actively sharing their experience, knowledge, and point of view, in return, they receive confirmation of their status, identity, and self.

“Confirmation of (re)migrants’ societal status takes place through the perception that their knowledge is useful and valued – not necessarily directly in the labor market or in a specific activity, but in society as a whole. Confirmation of identity comes through the establishment of a connection with Lithuania, the promotion of Lithuanians’ return from migration, and self-expression happens in the same way as in donating – by sacrificing something to receive moral satisfaction and public support for such a step, ” – revealed Dr. V. Čiubrinskas.

The project also explored the impact of media and social media on the return of (re) migrants. The results of the research showed that Lithuanian media tends to cover the stories of returning migrants more and more positively and thus positively influences the desire to return. Still, the biggest impact is the real return stories heard directly from other people.

In this context, social networks play an important role as a platform for online communication, practical advice, and assistance.

“For example, the Facebook group “Eks Emigrantai”, which connects those who have already returned to Lithuania and those who are just planning to do so, works in two ways. First of all, it provides motivation and encouragement to return, and also functions as an important source of practical advice on issues such as mortgages, travel, payment of taxes, job search, and various features of everyday life in Lithuania, ”says researcher Dr. Laima Nevinskaitė, emphasizing that other similar groups also act as an indirect stimulus to at least consider returning to Lithuania.

Research has also shown that both the decision to migrate and the decision to return are made by people after they have been exposed to complex personal, family, and career circumstances. It is concluded that state-wide policies and measures ensuring successful and comprehensive reintegration would encourage more and more people to return to Lithuania.