The Central Electoral Commission of Lithuania announced the final results of the Parliament elections. The central-right party, Homeland Union – Lithuanian Christian Democrats, will hold the new Parliament’s largest number of seats. Women will occupy one-third of the total number of parliamentary seats, and additionally, women lead all three parties forming the new ruling coalition. The unprecedented leadership of women goes hand in hand with the fact that for the first time, Lithuanians residing abroad had a chance to elect a dedicated Parliament member in the newly formed Lithuanian World Constituency, and this became a real sensation.

By establishing a single-member constituency for global Lithuanians, Lithuania became the first in the North-Eastern region of Europe to have a direct representative of Lithuanian citizens living abroad in its Parliament. The opportunity evoked by the newly created constituency became a phenomenon of civic activism.

Ten candidates competed for the Diaspora’s votes, the global voters elected Aušrinė Armonaitė, 31-year-old leader of liberal Freedom Party, the overall sensation of these elections. Her party program strongly emphasizes human rights, education, digitalization of the public sector and advocates the legalization of cannabis. Not surprisingly, these ideas naturally evoked the activity of the young electorate.

A dedicated constituency of global Lithuanians came into being after global Lithuanians’ overwhelming activity in the 2019 referendum for amendment of the constitutional clause on citizenship by birthright. Even though the referendum was short of votes, the record number of registered voters – more than 60 thousand overseas voters – became a strong argument for forming a separate constituency for the Diaspora to have a dedicated Parliamentarian.

In this year’s elections, global Lithuanians reached one more activity record. As compared to the last Parliament elections, twice as many overseas voters exercised their constitutional right and made the constituency the largest and the most active in Lithuania. The civic initiative Mūsų Metas DABAR (Our time is NOW) run by a diverse team of global Lithuanians, played a major role in this electoral engagement wave. It united the major umbrella organizations of Lithuanians abroad and more than 70 volunteers from 30 countries for a coordinated campaign in social networks, fundraising, organization of candidate debates as well as Public Relations.

According to the founder of Mūsų Metas DABAR, Dr. Rimvydas Baltaduonis in the USA, campaign results have exceeded all expectations and inspire setting higher goals: “One hundred years ago, Lithuania was among the first of the European countries to grant voting rights to women. Presently, Lithuania is among the first in the Diaspora’s civic integration, a historical event that establishes Lithuania’s de jure legal status as a diasporic state. This step will inevitably strengthen Lithuania’s position globally, promote progress, create prosperity within the country, and unite our nation, widely scattered on all continents of the world.” 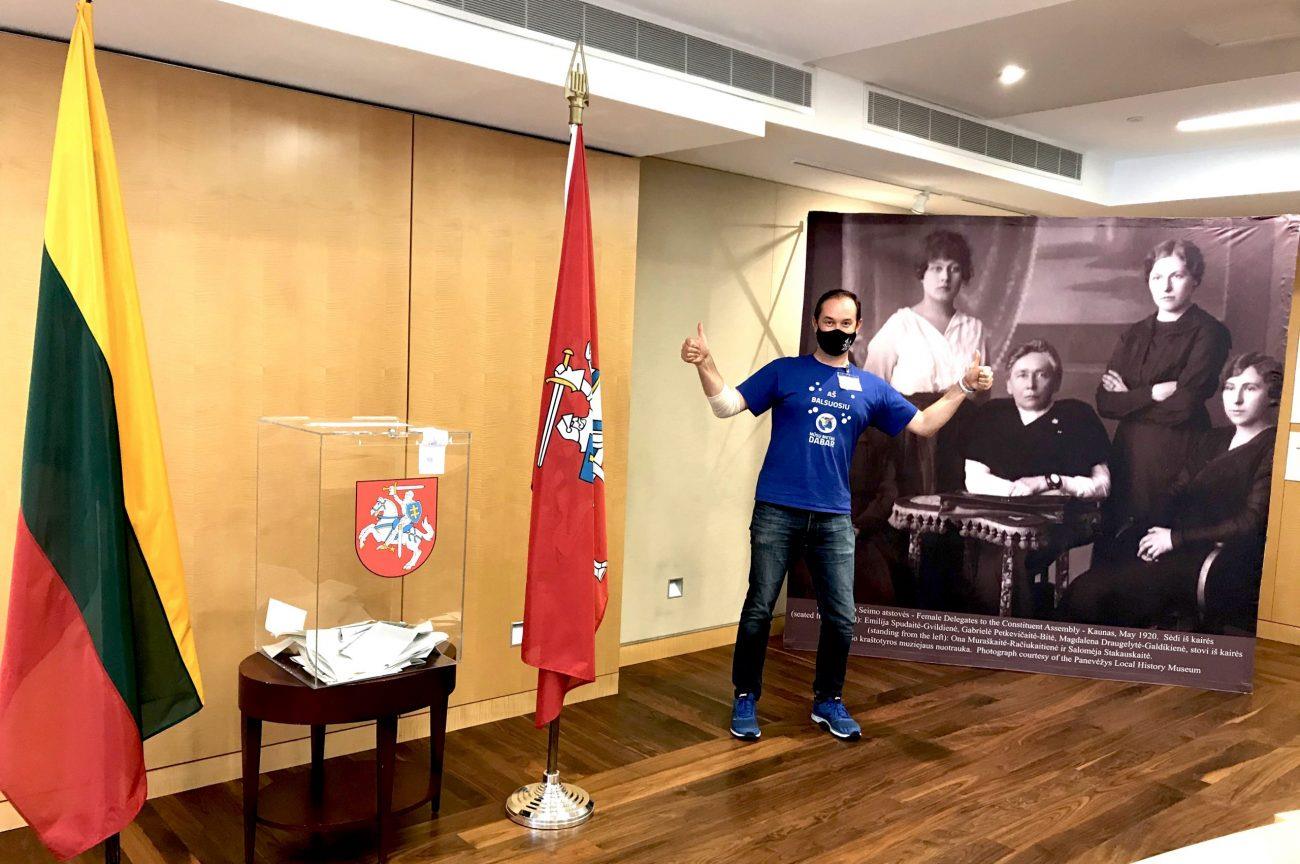 Member of the Board, PR & Strategic Communication Comission at Lithuanian World Community